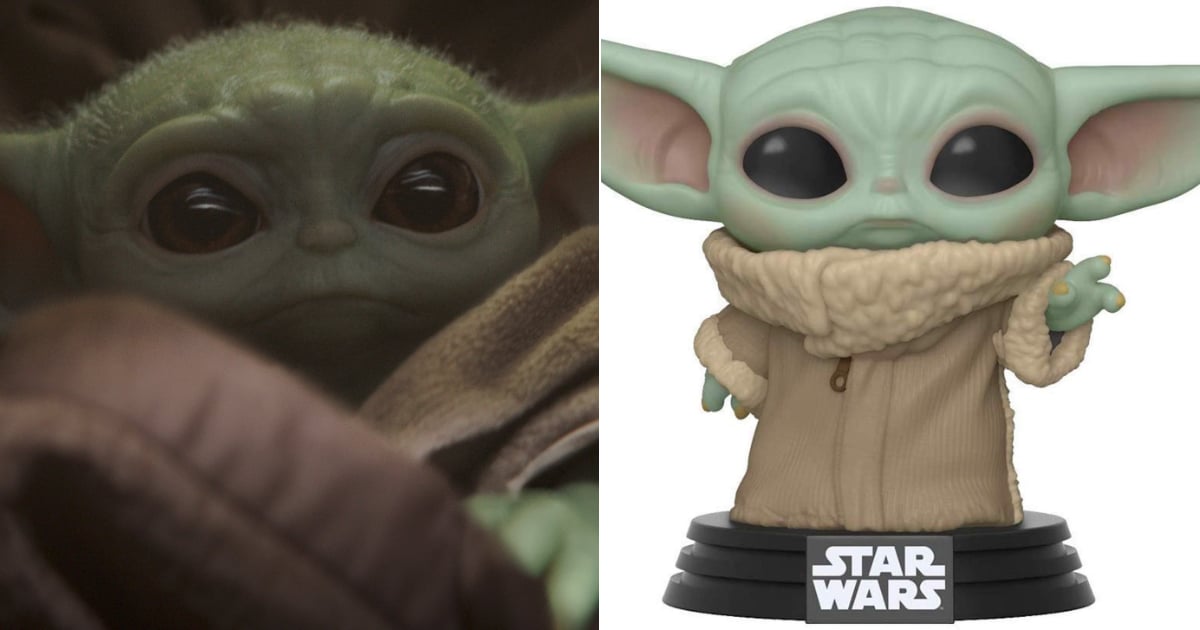 The cuteness of The Mandalorian's breakout character, Baby Yoda, is about to get ten times more irresistible thanks to the ultimate collectible for fans: Funko Pop! vinyl figures.

That's right, the 50-year-old "infant" member of Yoda's famously mysterious species is coming to the nearest digital toy shelf near you in three forms: a classic Funko bobblehead, a near-lifesize 10-inch vinyl figure, and a Mattel plush doll. While Star Wars fans (and those who just fell in love with the cutie known as The Child thanks to the numerous internet memes) are undoubtedly ready to buy the adorable figures immediately, there's a catch. The toys are currently only available for preorder from ShopDisney and won't be shipping until Spring 2020.

If you're disappointed that you won't be getting the cute soup-sipper for the holidays, just remind yourself that it's all for the good of your watching enjoyment! The Mandalorian showrunner Jon Favreau told Entertainment Tonight that toy production was delayed in order to prevent spoilers from leaking. "We really wanted to have it be that you had to watch it yourself so that every time you watched the show there'd be new twists and secrets coming out. But that requires a lot of restraint from the people footing the bill. Part of that was holding back on things like merchandise," he explained.

With the bite-size meme factory's identity being out of the bag, we're able to get all the lovely merch we want - some sooner than others. While we anxiously watch our mailboxes for the Spring arrival of those adorably bug-eyed figures, there's plenty of other merchandise to spend your money on! And you can continue getting your weekly Baby Yoda fix with new episodes of The Mandalorian every Friday on Disney+.