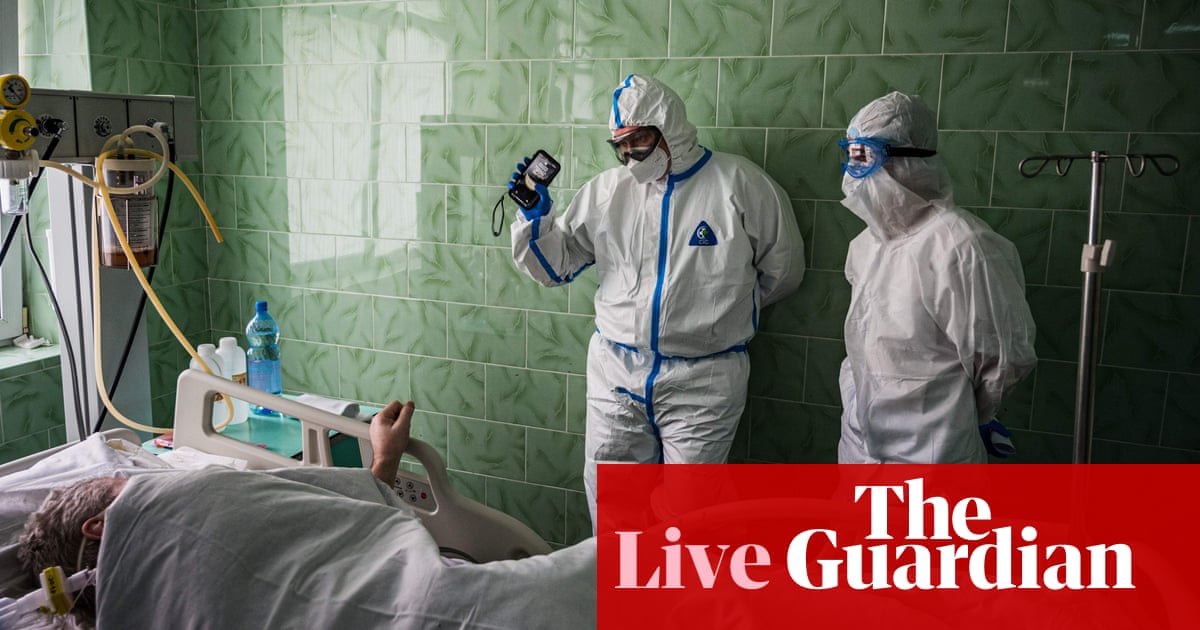 Brazil has had another terrible day with coronavirus figures passing the 20,000 Covid-19 deaths, as the Guardian’s Latin America correspondent, Tom Philips, reports:

On Thursday evening Brazil’s health ministry announced a daily record of 1,188 deaths confirmed in the last 24 hours, taking the total number of officially recorded deaths to 20,047.

Brazil also confirmed another 18,508 infections, taking the total number to 310,087. That is the third highest number in the world, after the US and Russia.

It’s been another controversial day in the US for President Trump, who visited a Ford plant in the crucial battle state of Michigan.

Trump toured the Ford plant, which has been recast to produce ventilators and personal protective equipment, without wearing a face mask in front of TV cameras. This was despite Ford on Tuesday reiterated its policy that all visitors must wear them.

Trump starts his tour of Ford’s Rawsonville Plant with four executives in face masks. He isn’t wearing one. pic.twitter.com/GZm6FTdEcv